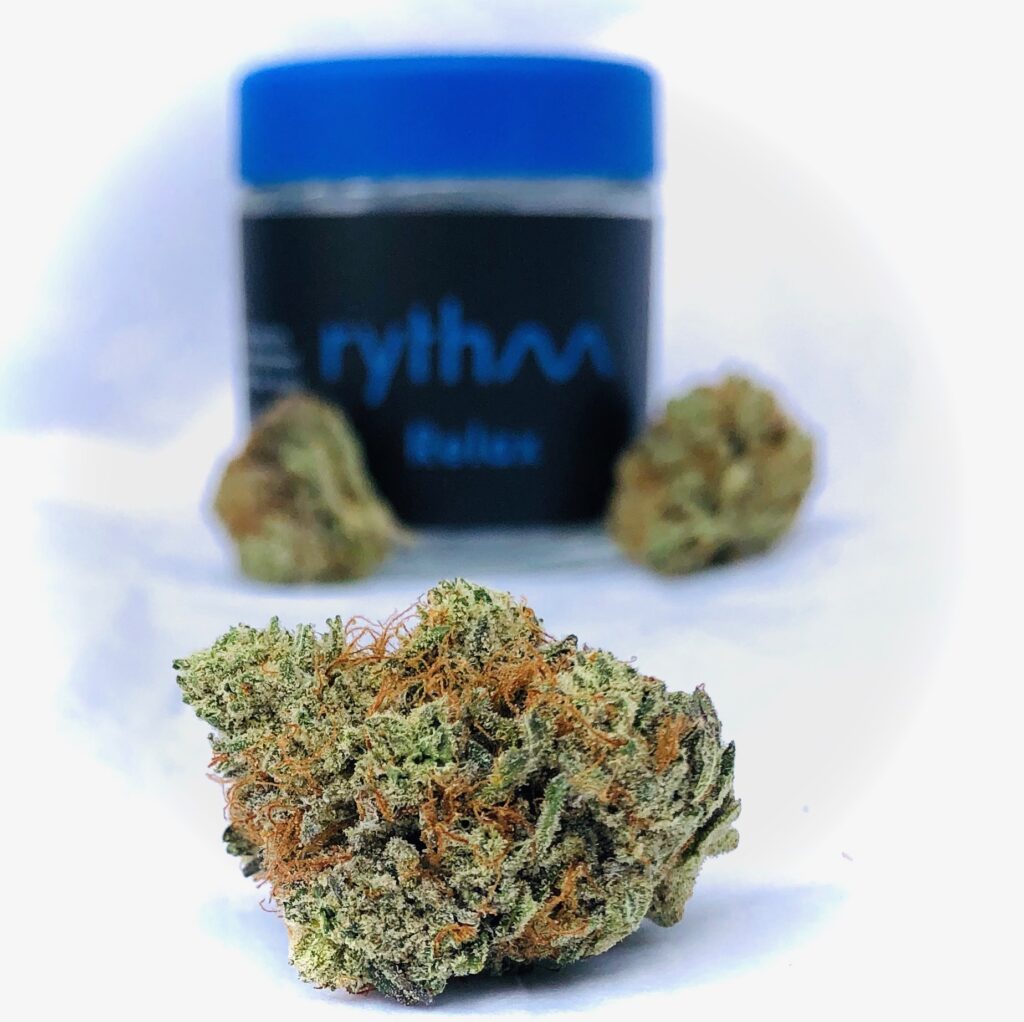 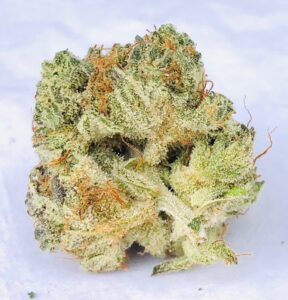 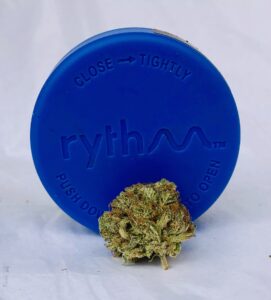 GENERAL QUALITY:
Somewhat harsh in bowls but much more mellow in bubbler but you’ll end up trading a smooth hit for some flavor.

BUY AGAIN?: I would maybe purchase again. But, I was a bit turned off by the harshness of the exhale. Since it may be the this batch’s cure, or possibly the Ocimene.

I think I would buy it in the interest of confirming which one. I may be swayed if I was in the mood for an Afghani “landrace”, and didn’t have an alternative, and Black Afghan was over 23%

But, if I had a choice between this and HMS’ Afghani, and they were roughly the same potency I would go with the HMS. 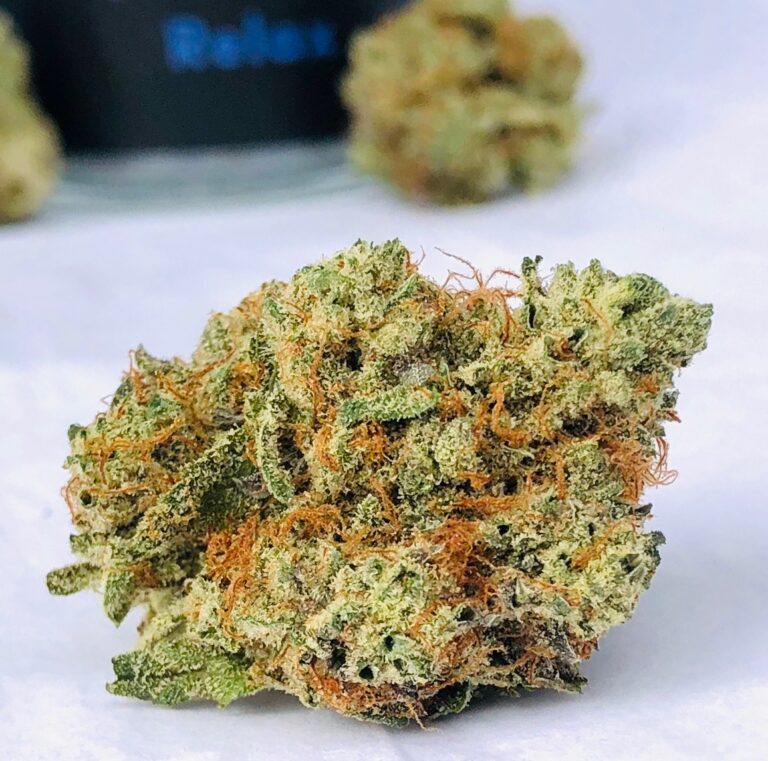 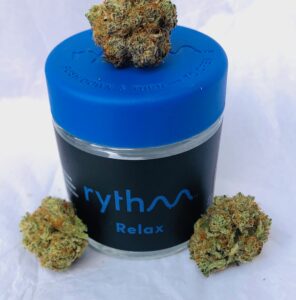 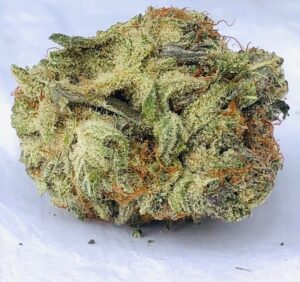 APPEARANCE:
One thing is for sure Rythm has gorgeous flower. Not only that it was trimmed to perfection IMO. The curb appeal
Is there and most anyone somewhat familiar with the characteristics of an Afghan strain will recognize Black Afghan for what it is: a heavy Indica with tons of Afghan genetics.
Good For Bowls and rolls when properly ground.
This batch was very well cured- spongey and dense.

TASTE: A deep and fragrant overtone of Hashish persists

A CLOSER LOOK INSIDE…

This batch of Black Afghan has a very healthy amount of Myrcene but this is nothing out of the ordinary per se with an Indica, especially an Afghani strain. What does seem noteworthy to me is the level of Ocimene.

Ocimene should not be overlooked. While it is mostly mentioned in terms of its efficacy as a decongestant. However, what it doesn’t receive as much credit for is its ability to modulate – and many think- amplify the potency or intensity of a strain’s effects. I think this is what this gives Afghani (at least this batch) its cerebral uplift and amplified focus. 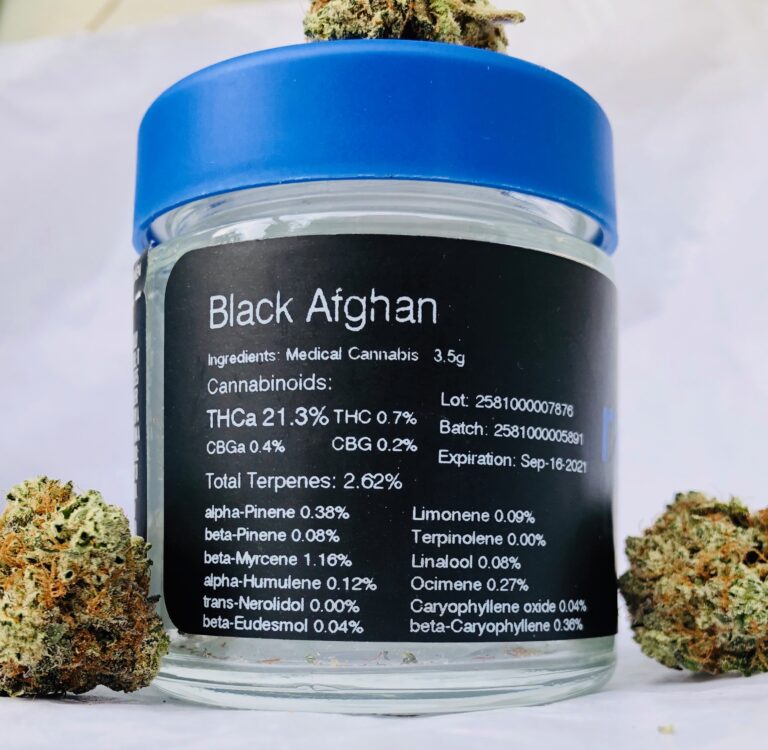 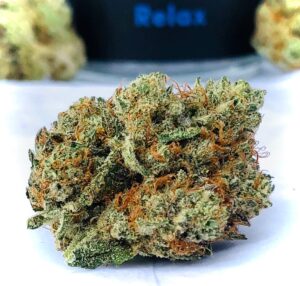 CONCLUSION:
Black Afghan by Rythm combines Black Domina X Afghani Kush (thought to be 100% pure Indica Landrace). This double India treat can induce deep waves of physical euphoria combined with a tendency to make users feel uplifted and pleasantly distracted, while inducing appetite stimulation and ultimately being sedative, it is a great strain for a mellow Saturday afternoon with nothing to do. 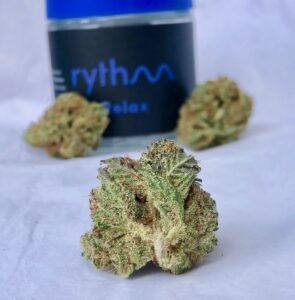 THE LONG WAY HOME (my toke…)

I would rate Rythm’s Black Afghan as a decent reflection of a nice Afghan landrace offshoot straiin. I say that with a few issues.

One, it’s very harsh (at least the batch) on the exhale which mellowed markedly when medicating with a bubbler/water pipe.

This would be fine for most, maybe even preferred, but I’m just not a huge “bong” guy- never was- i was always, and still am, skeptical about its ability to accomplish anything except sometimes mitigating the harshness of some flower …at the risk of stripping some of the terpenes.

All in all, a decent double dose of Indica. And, it is indeed hard to go wrong with most Indica landrace strains. However, a bit harsh when smoking/vaping. So, I would purchase again at a higher potency. But, if the harshness persisted I would only be able to conclude that this is a somewhat harsh strain…at least Rythm’s version. 4/5 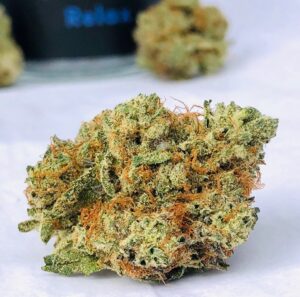