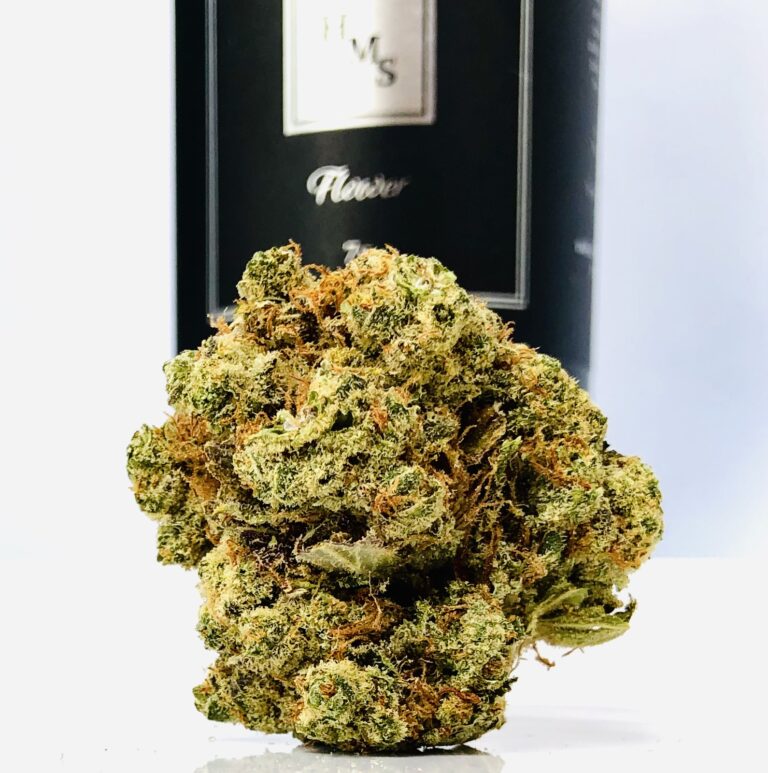 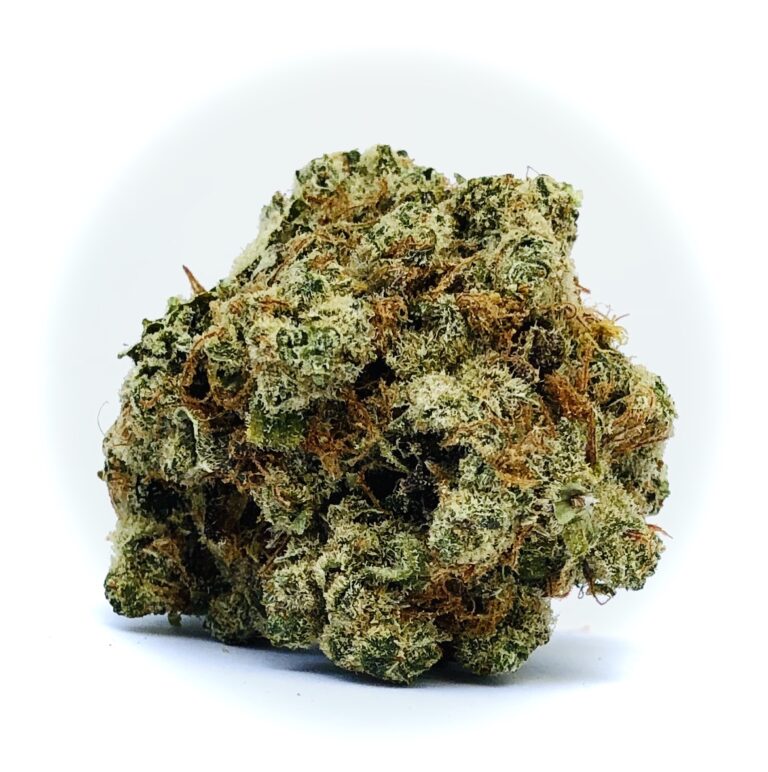 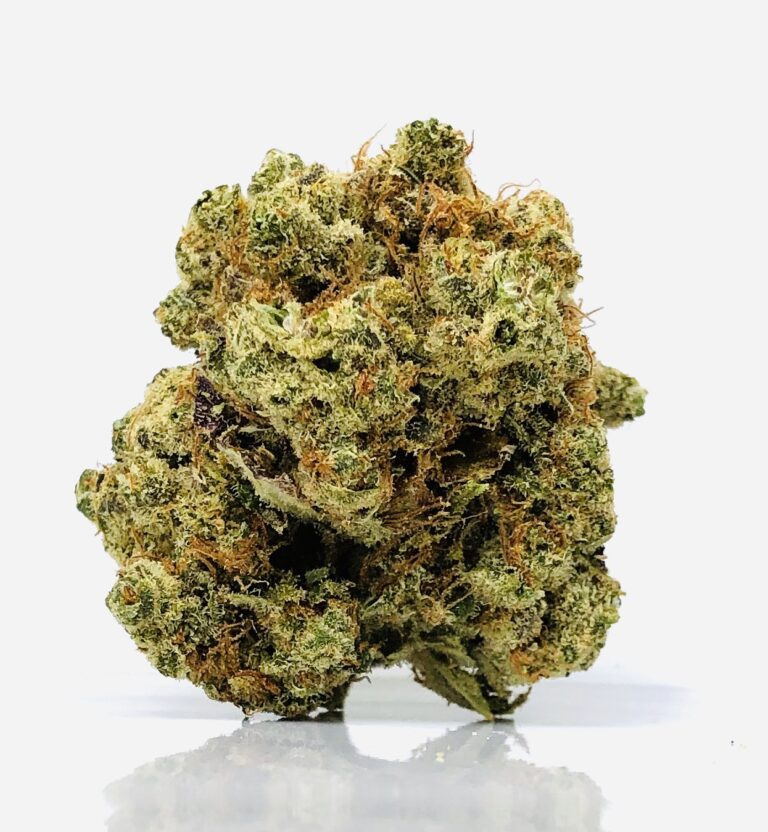 "...HMS Afghani smells as fantastic as it looks." 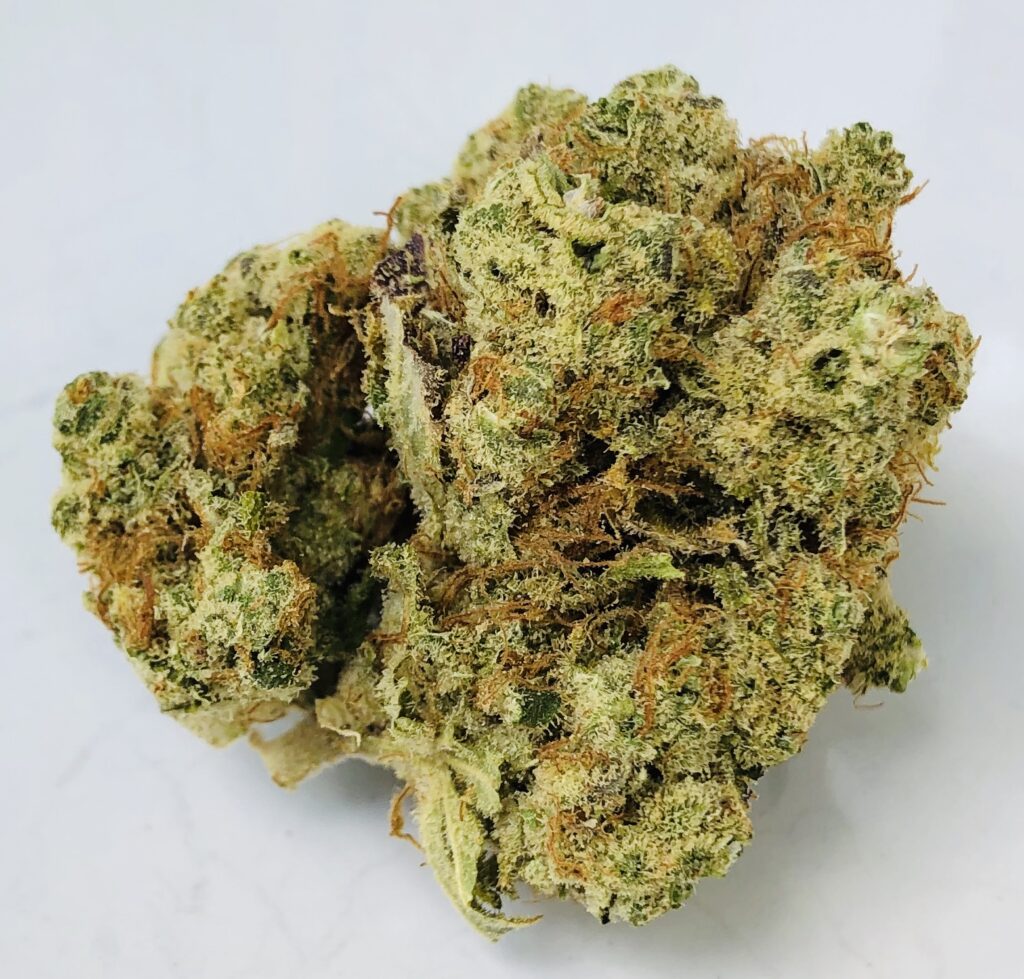 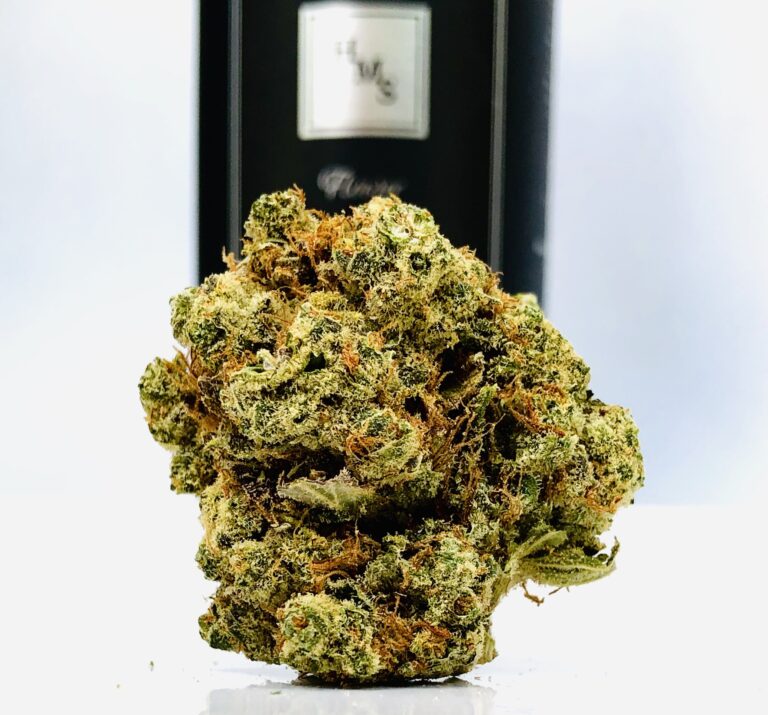 This is a classic looking Afghani bud. Its cure, although somewhat imperfect at times, provides. Frozen in time image of the Hindu Kush phenotype. It’s dark brownish-green leaves wrapped loosely around stems give it a shaggy yet ornate look of antiquity. Trichome coverage is evenly dispersed here and points to a nice flowering stage. The discoloration found on some of the I trimmed sugar leaves is a bit disconcerting and reminds me of some of the improperly cured batches in the past. But, all in all, this is a beautiful flower. The stigma/pistils/“hairs”
Are somewhat sparse and rather thin but long and, upon closer inspection, covered in resinous material.
Good For Bowls and Rolls:

"Afghani is a classic strain with a deep and rich history." 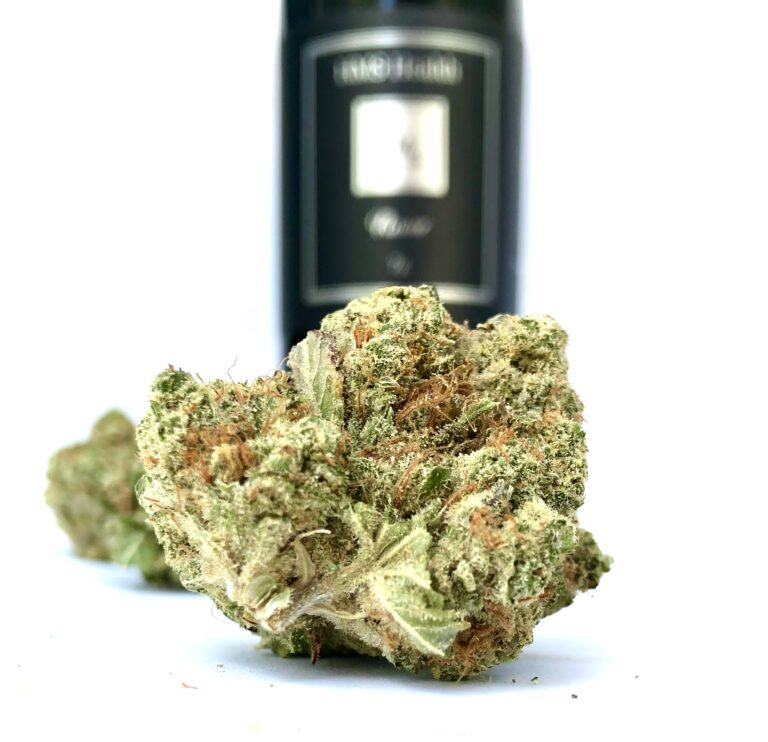 A CLOSER LOOK INSIDE...

This batch of Afghani by HMS has a rich terpene profile. While some terpenes seem conspicuously absent, the ones that are present are found in heavy concentration.

Even for the heavy hitter Indica strain that it is, the 2.17% of Myrcene is wonderfully high and very effective in this strain propelling your mind and body into a very relaxing Indica effect. 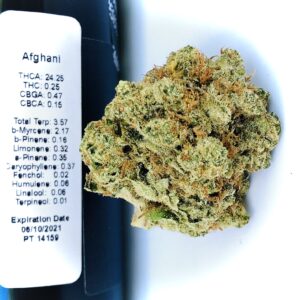 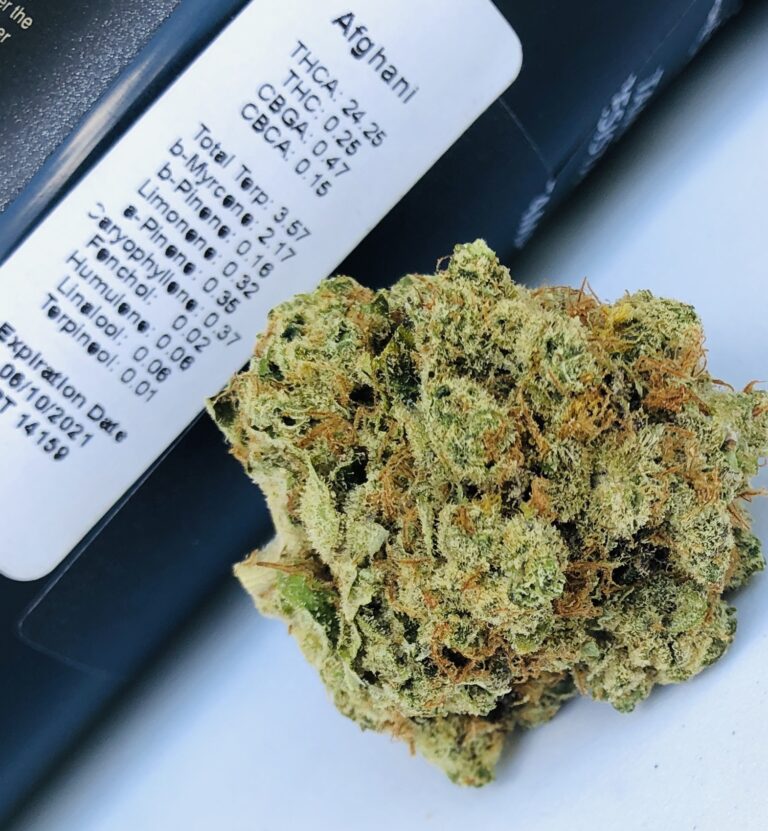 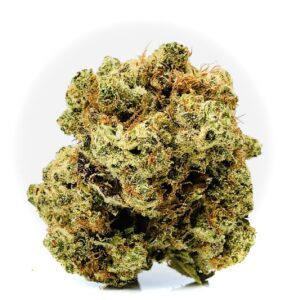 CONCLUSION:
Afghani is a classic Indica dominant hybrid landrace strain with a long heritage originating in the Hindu Kush Mountains of Afghanistan for which it is named. Afghani’s effects are an almost immediate euphoric mental uplift which quickly develops into a deeply relaxing body high, leaving you comfortably couch locked and inevitably sleepy.

As left the dispensary and walked to my car, I reflected on the conversation I had just had with some of the Bud Tenders inside. I had expressed my willingness to try more HMS flower with an open mind, and no prejudicial thoughts of mold or the smell of rotting chestnuts and dank basements…”they grow really good flower…what can I say?..” I said…”I think it just had to do with some batches being cured improperly …” I said…”I’m willing to try another strain because the Bully Kush I had last time DID indeed smell better than their Star Duster…” I said ….and still..with some admitted skepticism I sat in my car, took a deep breath, and with “ok let’s check it out” under my breath, I cracked open the $90 quarter ounce (7 gram) container. 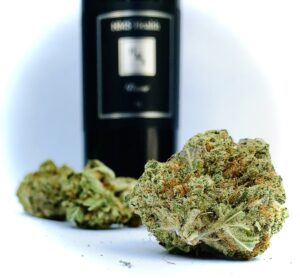 As I twisted the white medicine bottle lid, I was hit with a most pleasing aroma of skunk and pine. Upon fully removing the lid I was greeted with a mixture of lemon, pine, and mint with just a subtle undertone of something resembling the dry sour scent of grapefruit possibly…the point is: I DID NOT smell a chestnut aroma…in fact it was completely devoid of that strange mildew-chestnut-wet basement odor. 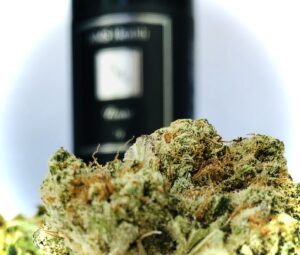 HMS Afghani smells as fantastic as it looks.
Furthermore, this batch of Afghani was very aromatically pleasing and its complex, yet earthy, aroma harkened back to a distant land, from a distant time, in the high altitude fields of the Hindu Kush Mountains…

Afghani presents are very classic-type of marijuana aroma that will both please and intrigue. Lemon, mint, and pine are predominant aromas you will encounter and it does have a certain nostalgic familiarity. 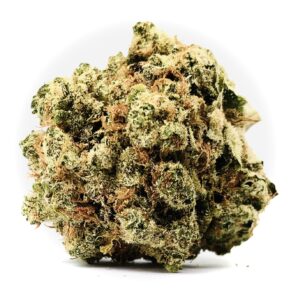 Afghani is a classic strain with a deep and rich history. It is an elemental genetic building block in the cultivation of many established hybrid strains.

So, the chance of encountering this Indica powerhouse in one form another is quite likely. Most “Skunk” strains contain Afghani genetics. Even Northern Lights is made possible with Afghani’s genetic makeup which holds a treasure trove of terpenes and potent THC even in the mid-level range.

Also, as stated in “A CLOSER LOOK INSIDE”, the effects of Afghani can be substantially psychoactive. which is mostly expressed through its ability to elevate mood, which, in turn, helps to alleviate stress, or at least distracting one from it.

But, Afghani’s euphoric mental uplift is also accompanied by a good deal of enhanced focus. I believe this is attributed  to the levels of pinene and limonene found in  this batch in particular.

All in all I am really very pleased with HMS’ Afghani. As it happened, and because of a few unrelated circumstances, I felt very agitated and frustrated immediately preceding sampling this strain for the first time. My stress seemed to melt away within minutes of exhaling and what replaced those emotions was an uplifted euphoria.
And essentially, my mood stabilized and actually improved after successive tokes.

HMS’ pricing seems closer to what the Maryland market should be reflecting overall. 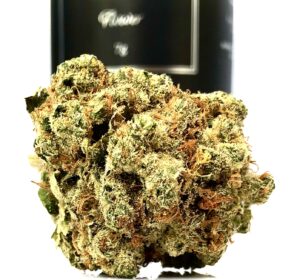 Also, for the price, $90 quarter ounces by HMS are most definitely a good deal. HMS’ pricing seems closer to what the Maryland market should be reflecting overall. And even at $90 a quarter, we are taking about $360 an ounce, which is rather steep in my opinion.
But, after actually trying HMS’ Afghani, I would most definitely purchase it again. And, my motivation for purchasing it again would
be based on the effect rather than its price point, but it definitely does help.

That being said, I would likely pay the standard $50-$60 per eighth cost for this flower if it were that price.
Afghani has restored my faith in HMS and I look forward to trying their other strains in the future.Bravo HMS. 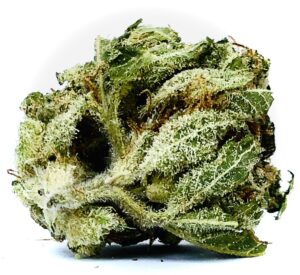 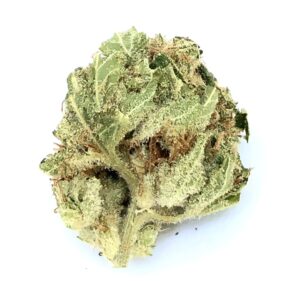 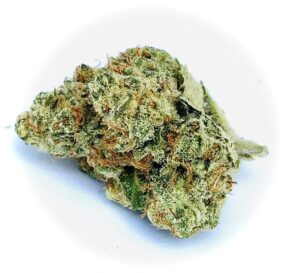 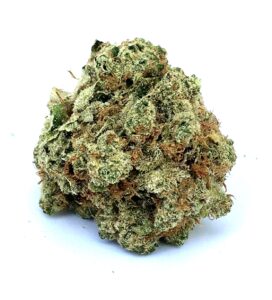