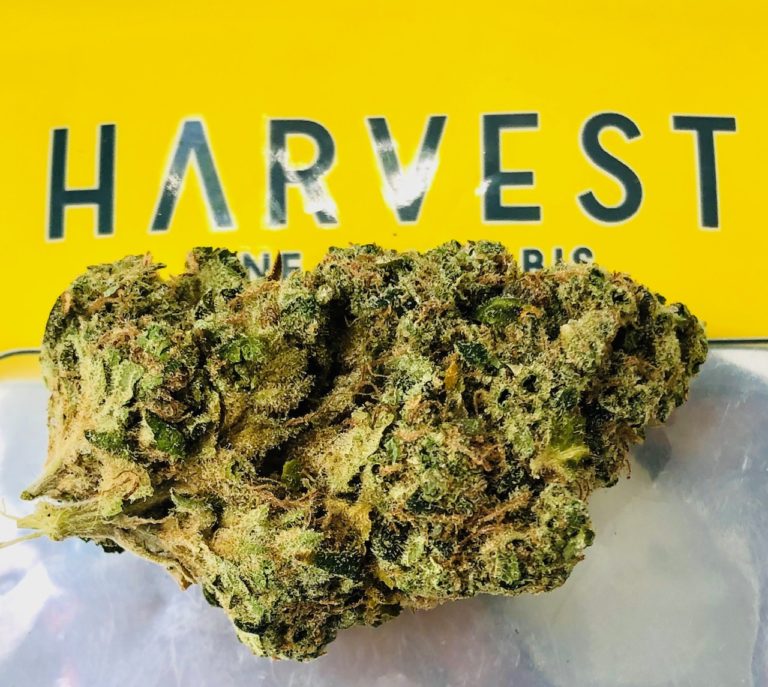 STRAIN: Sour Diesel aka “NYSD” (New York Sour Diesel) aka “Sour D”
MEDIUM: Flower
POTENCY: Med-High
(THCa 24.32/ THC 1.05%!!!)*
PRODUCER: Harvest
CLASS: Sativa Dominant Hybrid
PURCHASED: Mission, Catonsville
LINEAGE: Because the underground weed market of the 1980s and 90s (I was there I remember ) thrived without documentation, the exact genetic lineage of Sour Diesel are unknown.
I was actually residing in the LES of NYC between when Sour Diesel began to show up. I recall being told about it and then trying it a few days later. I remember thinking maybe the diesel smell in some of the weed I’ve smelled in the past is on purpose-from growing it …and not caused by the flower being “smuggled” in a gas tankers as urban legends would always explain.

It is accepted lore/history that the original version of Sour Diesel was grown by an NYC breeder by the name of “AJ” short for “A-hole Joe” by combining the genetics of Chemdawg 91 with some Super Skunk seeds he had brought back from Amsterdam. Thus Its aka “New York Sour Diesel”.

was comprised of ChemDawg ’91 x [Massachusetts Super Skunk x Sensi Seeds Northern Lights] x DNL (Northern Lights/Shiva x Hawaiian)
Also in addition, the genetics were sure to have been altered over the years as it was, and most likely still is, being refined to its most potent form. 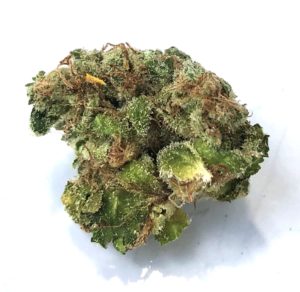 Sour Diesel’s fast acting effects range from uplifting, energized dream-like euphoria, psychoactive cerebral stimulation, a heightened sense of awareness, a tendency toward creative thinking, light cottony warm feeling in the head and shoulders along with other mild Indica body high effects like ocular pressure and some waves of physical euphoria attributable to the high levels of Myrcene in this batch (0.968%!!!) 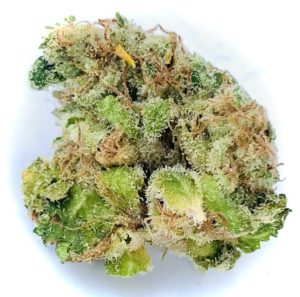 APPEARANCE, AROMA + TASTE
This batch of Harvest Sour Diesel was comprised mostly of one large bud and some smaller popcorn nugs. Sour Diesel is characterized by green and yellow colored leaves with bright orange stigma and a plentiful coating of tiny trichome crystals on every surface.

APPEARANCE:Good For Bowls and Rolls
This strain breaks up and grinds down quite easily and is suitable for bowls and rolls alike

TASTE: (Exhale can be a bit harsh typical of Sour Diesel)
Fuel-diesel/hash exhale

While I did, indeed, enjoy it, this batch at least, was rather Indica leaning (or feeling) in my opinion. 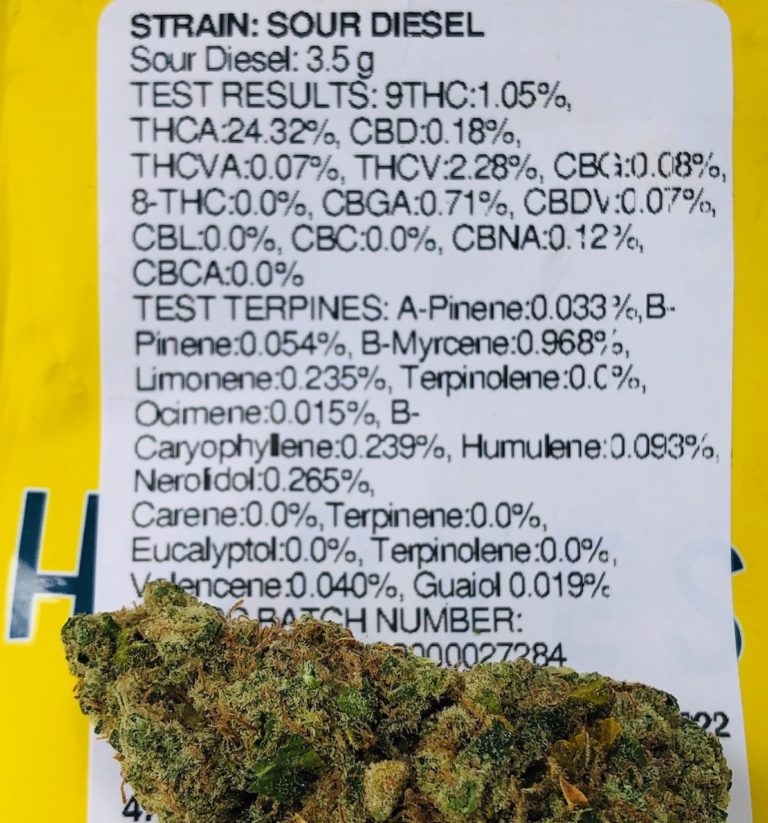 A CLOSER LOOK INSIDE:

The 0.968% Myrcene on the label illustrates the potential for Sour Diesel to provide some generalized Indica body high effects. The psychoactive effects can be profound and when coupled with a stoney body high almost overwhelming for some novice or sensitive users.

I think this is why Sour Diesel tends to hit some people a bit harder than others and makes them feel as if maybe they’ve “gone too far”.  It can elevate the heart rate and concurrently make you feel a bit loose or drowsy and this can cause some cognitive dissonance leading to mental confusion and, naturally, precipitated anxiety or panic.

The 0.235% of Limonene and A-Pinene at 0.033% and B-Pinene at 0.054 together add up to some cerebral stimulation, but not as much as I have experienced in the past. Some descendants of Sour Diesel like Sour Jack for instance, provide more of this effect.  At least, this particular batch of Harvest’s Sour Diesel was fairly mellow and seemed to lack some of the high octane cerebral boost. While I did, indeed, enjoy it, this batch at least, was a rather Indica leaning (or feeling) in my opinion.

It definitely stirred my intellect and motivated and inspired me toward creative action. But it was less forward leaning than other Sour Diesels I have smoked. 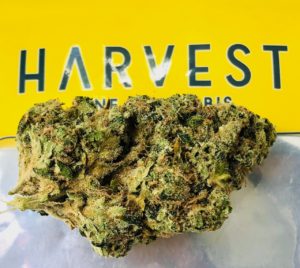 Sour Diesel is an energizing, uplifting strain capable of causing dream like euphoria, enhanced creativity, and some sedative properties that make it a well rounded Sativa dominant hybrid.

Sour Diesel, in general, is definitely known for offering that “stoney” body buzz effect along with the Sativa head rush, and this batch of Sour D by Harvest definitely stays true to that description.

Harvest’s version of the famous cultivar was laden with myrcene (.968%), and offered even more of a distinct Indica body high than Sour Diesel is usually credited for. 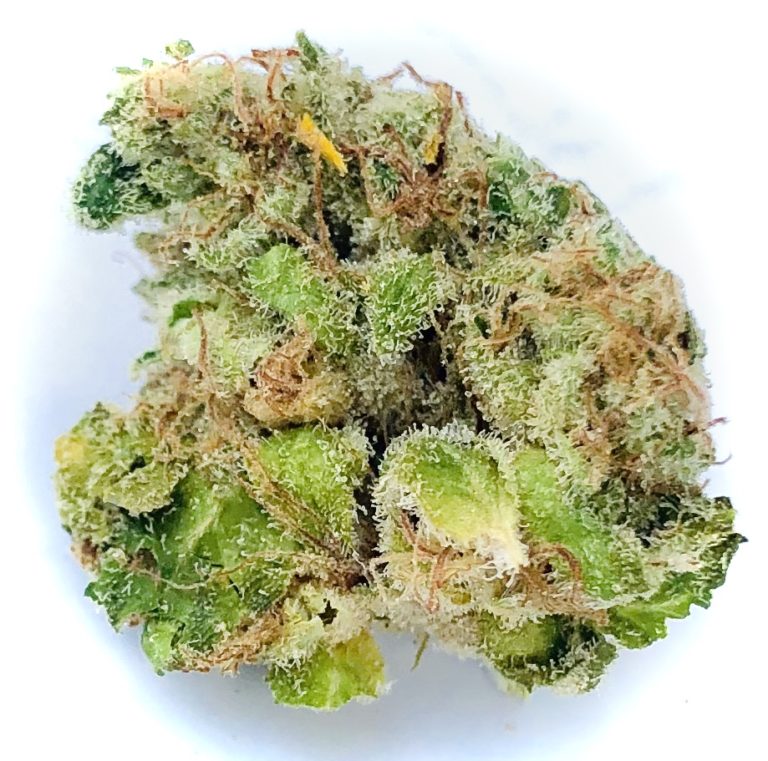 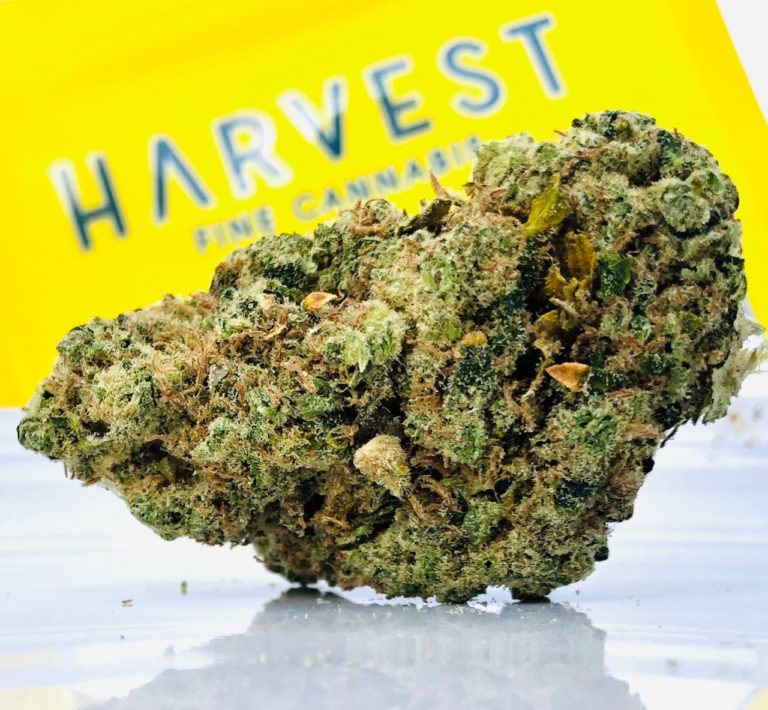