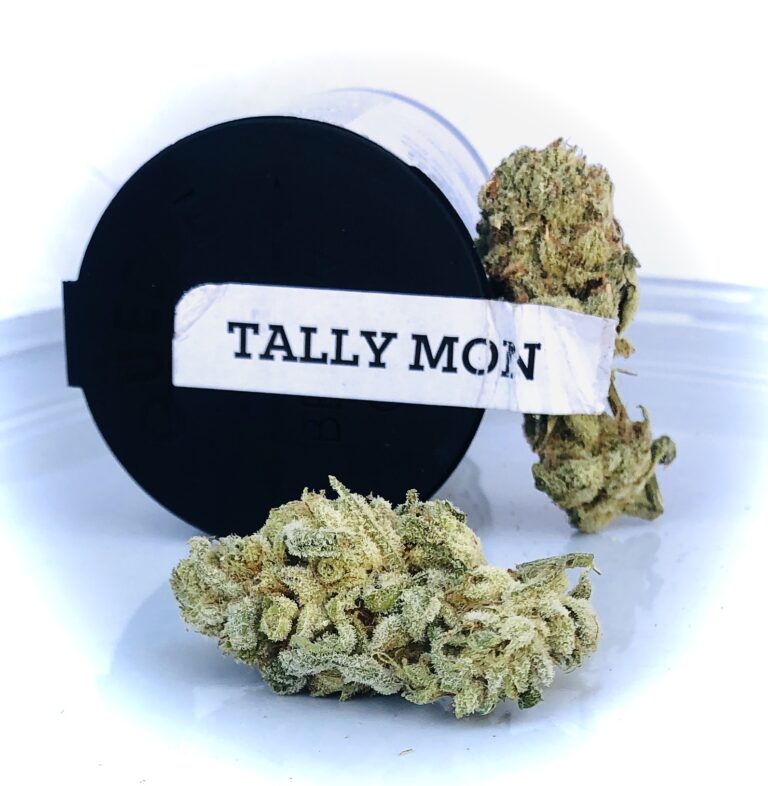 "(Tally Mon)..has a real mixture of Indica fuel and Sativa fire in this strain." 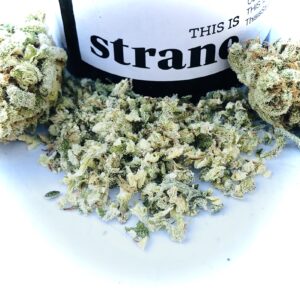 "I would say (Tally Mon)is a Sativa feeling Indica that relaxes but doesn’t couch lock, and offers euphoria , but to a functional end." 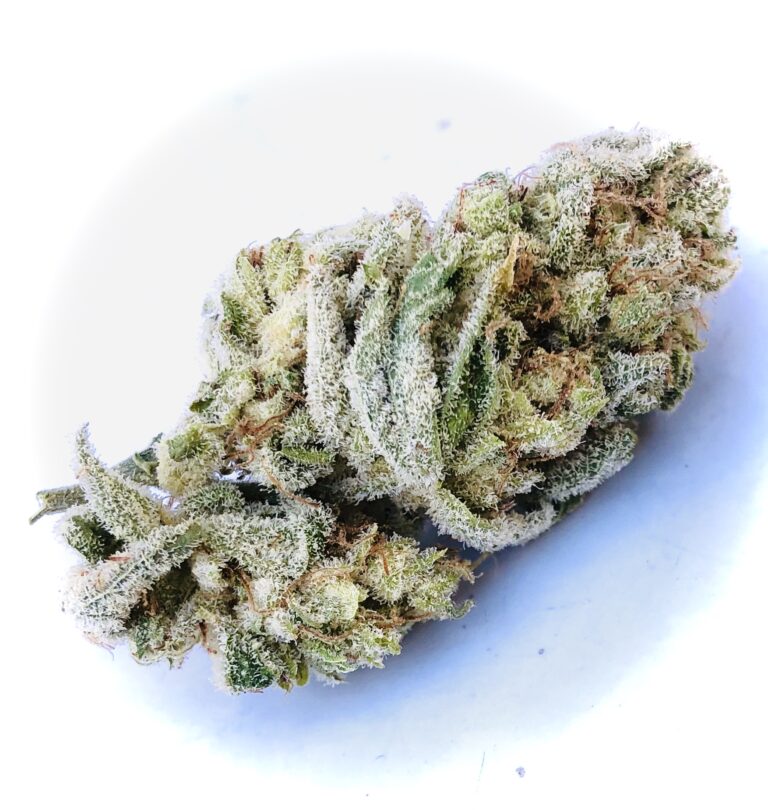 REC;A very flexible strain that you can enjoy in most any situation like:

"(Tally Mon) is a real mixture of Indica fuel and Sativa fire..." 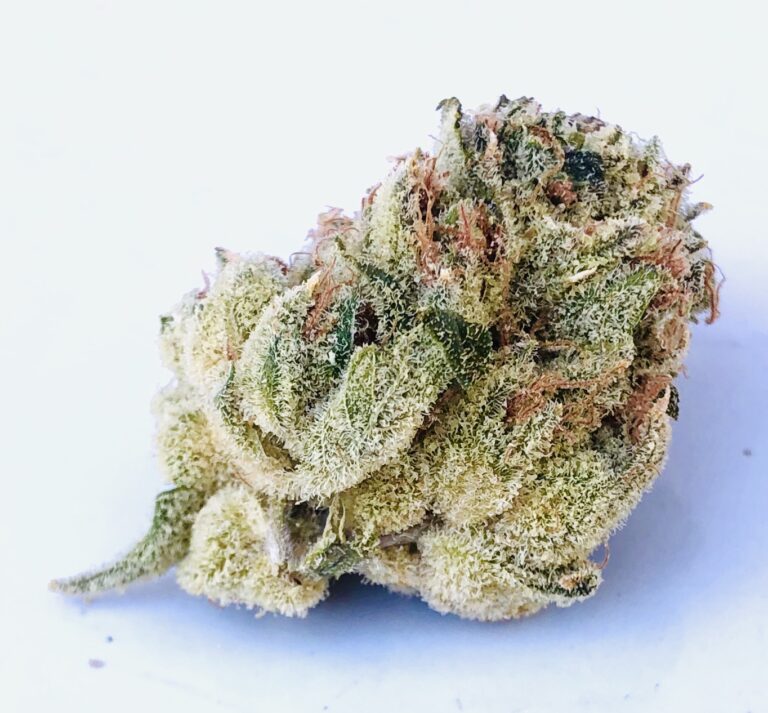 APPEARANCE:
Light green small to medium popcorn buds which in some areas seem almost deficient of chlorophyll. Some crusty trichome coverage is peppered throughout.

The orange stigma (“hairs”) are vibrant, lengthy, and robust but not evenly dispersed and seem to crop out in certain areas. Some of the more mature calyx were darker green with some scant amounts of purple hues here and there.

Overall a very visually appealing strain with a professionally cured look. Indeed an attractive flower but nothing overwhelmingly or exceptionally distinct in its appearance.

…Good For Bowls and Rolls:
Small to medium sized buds appear dense but are quite easily broken down for spliffs, bongs, and vapes. 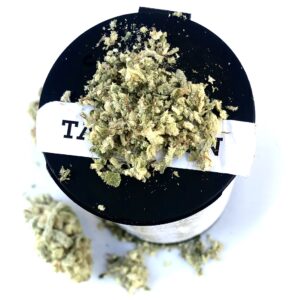 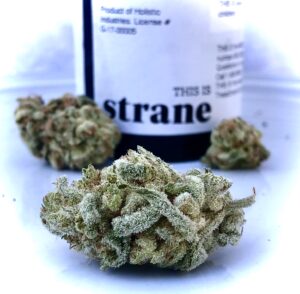 NOTE: This is from the most recent batch of Tally Mon by Strane (October 2020).

This level of Limonene (.62%) will hardly go by unnoticed and this batch of Tally Mon has quite a an energized and uplifting quality because of it.

Beta-Caryophellene (.21%) adds a certain degree of physical relaxation that can be felt in successive sessions with Tally Mon 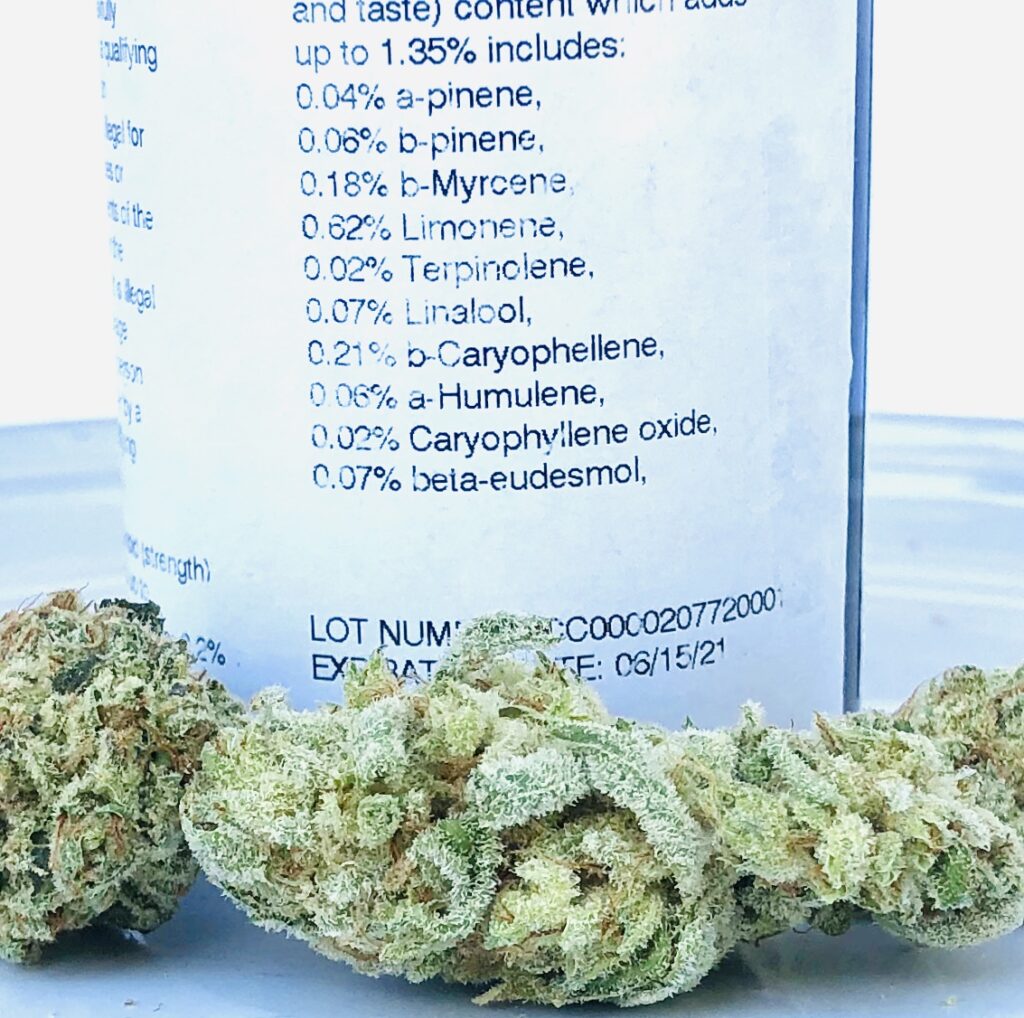 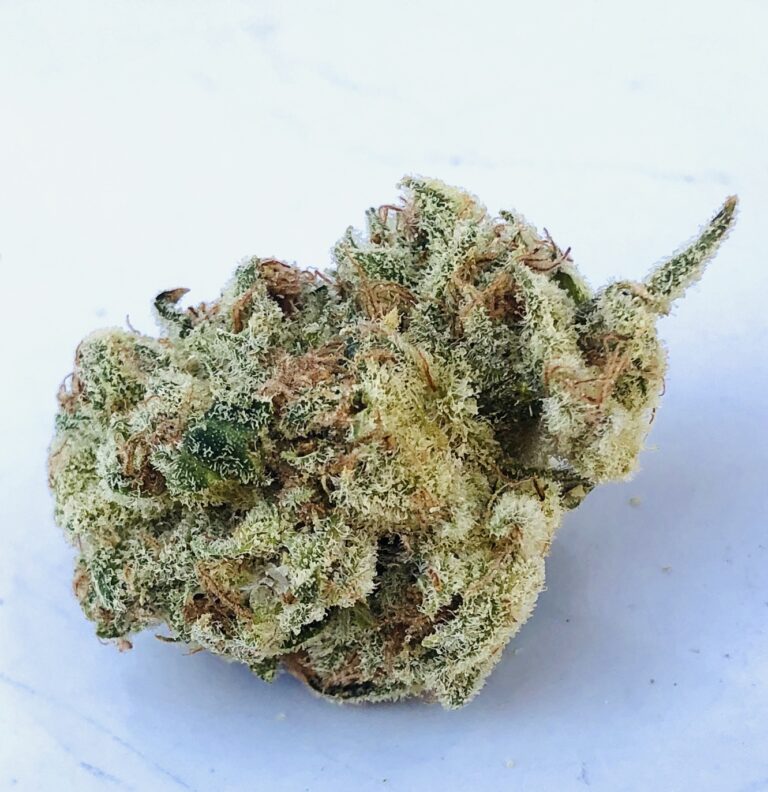 CONCLUSION:
Tally Mon by Strane is blend of Papaya x (Banana OG x Dosido) is generally thought to be a 50/50% Sativa/ Indica with well balanced effects, including an energized and uplifting cerebral euphoria typical of a Sativa blended with  an equally potent physically relaxing and mellow Indica effects.accompanied by some classic Indica  beautiful optics, and an enticingly fruity, tropical, skunky aroma that can fill a room.

Tally Mon is difficult to classify because, in addition to its myriad of seemingly incongruent but potent and functional effects.  There is a real mixture of Indica fuel and Sativa fire in this strain. It was on the menu as a Hybrid (Indica Hybrid I assume) but was also noted as being “Creative” along with some typical Indica effects.

I found the effects to be both soothing and stimulating to different degrees and in different ways. Even at 21% THCa, I thoroughly enjoyed the high it gave me, and I was delighted by how long it lasted. 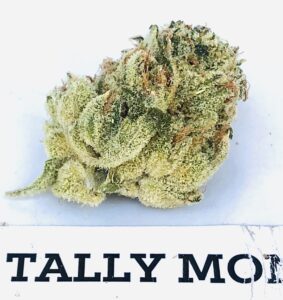 I would say Tally Mon is a functional Indica dominant hybrid that exhibits some very desirable Sativa traits. For one thing, and possibly due to differing terpene levels, I found this strain quite helpful for my ADD and depression as well as offering some creative inspiration and increased focus.

I would say it’s a Sativa feeling Indica that relaxes but doesn’t couch lock, and offers euphoria , but to a functional end.

I plan on purchasing this strain again, and hopefully from Strane. I think they have exceptional flower and this is a great strain to add to their catalog. Bravo Strane.

Thanks to Gavin at Mission in Catonsville for recommending this strain.  I wasn’t expecting much at 21%, and with such little background info regarding its effects.  But, he assured me of its quality, and as usual, he was correct. Thanks man. 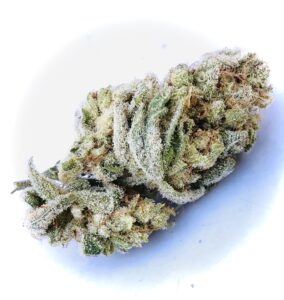 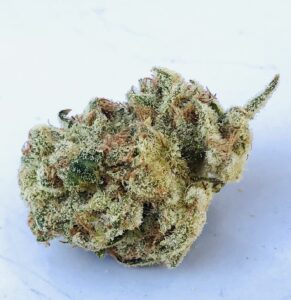 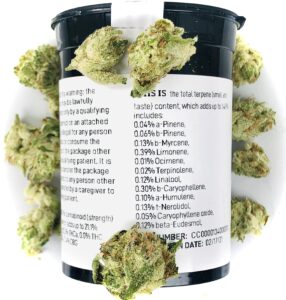 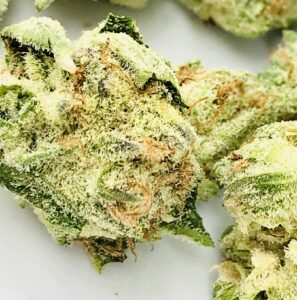 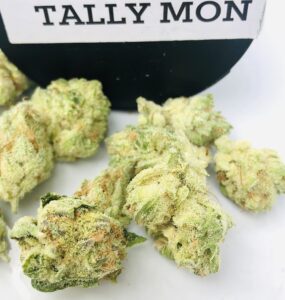 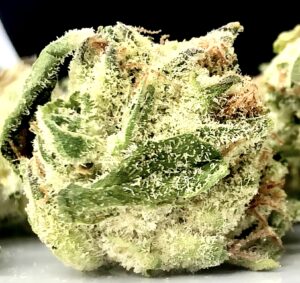 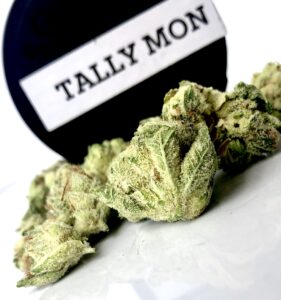 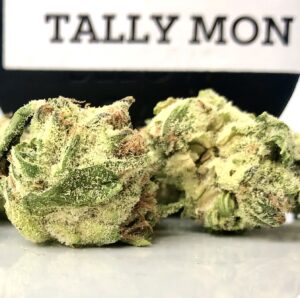 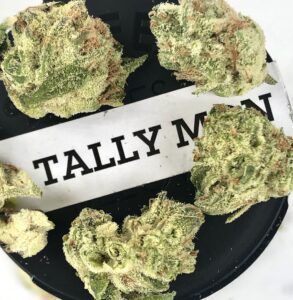 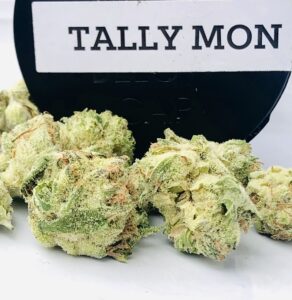